Government Discrimination Against Those With Serious Mental Illness by Kartar Diamond 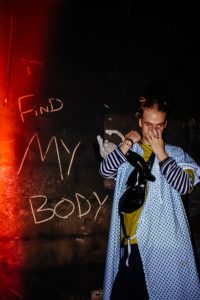 There are many ways in which people with serious mental illness are discriminated against by the U.S. government.  This article exposes just one area, in contrast to those with Developmental Disabilities.

The current phrase “Developmental Disability,” or alternatively “intellectual disability,” refers to those with Autism, Downs’ Syndrome and other causes of mental retardation (which is a medical term that has somehow become politically incorrect). Those with Developmental Disability need moderate to significant amounts of long term treatment and services, as well as supportive housing as adults with D.D.

Those with Developmental Disabilities (D.D.) qualify for services not granted those with serious mental illness, like schizophrenia. Public agencies have recognized that “early intervention” is crucial for the benefit of those with D.D. and their families. The current push for “early intervention” for those with serious mental illness is not much more than campaigns to end stigma, wasting limited funds that could otherwise be put to actual use to help those in need.

The CDC.gov website defines the term Early Intervention for those with Developmental Disabilities as follows:

The Americans with Disabilities Act paved the way for those with Developmental Disabilities to have more therapeutic, fulfilling and safe lives, as well as supportive services for their families.  Oh, if that level of care and pro-active measures were available for those with serious mental illness!   I don’t begrudge those with D.D. from getting the care they need, including the “early intervention” plan.

Contrast that, however, with the attitude and policies surrounding mental illness, where a person does not even get temporary emergency services until he or she “becomes a danger to self or others” or until that suffering person becomes “gravely ill.”  In other words, a person with serious mental illness can be denied any care at all until they are pretty far along in their deterioration. Mothers with serious mental illness have been turned away for treatment, only to have them kills their children days later. Mass shootings are also often the result of the seriously mentally ill not getting the help they need.

People with serious mental illness have some things in common with those who have developmental disabilities.  They might not be able to accomplish normal activities of daily living without supervision or support, such as bathing and other forms of personal hygiene. They may not be able to take medication on their own or live safely on their own. Their serious mental illness may also prevent the person from ever working, managing money or having any social life.

Those with Developmental Disabilities often get considerably more disability benefits than those with mental illness. A person with schizophrenia may receive about $1,200.00 per month in Supplemental Security Income (SSI) benefits if they live in a licensed Board and Care. The licensed Board and Cares are closing because this is not enough money to sustain their facilities.  In California, there has been some recent disbursement of extra funds to Board and Care homes in order to help them stay open. Much can be written about the sorry state of the Board and Cares; just as one example: my son lived at one which perpetually had shortages of toilet paper, so residents needed to request a roll of toilet paper from staff to use before going into the bathroom and returning the unused toilet paper afterwards.  They also ran out of razors for shaving on a regular basis. Much of the food served is unhealthy. The furniture at these group homes usually looks like the oldest worn out furniture you see being donated or placed on the side of the road.

When a person with SSI benefits lives at home or in a non-licensed group home, their benefits are reduced by the Social Security Administration!  I guess the government assumes that family members can afford to house an adult relative and will easily pay for the other expenses like food and utilities.  Do you know anyone who can live on $650 per month or even $1,200 per month?

Insult to Injury: The Social Security Administration seems to regularly look for opportunities to cancel a mentally ill person’s modest government benefits, which can send an already unstable person into a housing and survival tailspin.  In fact, many people who apply for SSI benefits are initially declined and they have to endure an Appeals process that may take several years to address.  People with Developmental Disabilities are treated much better. Why? Is it because society still believes that people with a brain disorder like schizophrenia have brought it on themselves or that it is just a behavioral issue? Do we as a society still recoil at helping people who initially don’t want help and are “difficult” people to deal with?

While there is a wide spectrum of levels of functionality, the lowest functioning people with schizophrenia are just as disabled, if not more, as some identified as developmentally disabled.  In a related observation of the current social-political climate, we are jumping through hoops and doing cart wheels to remove all forms of discrimination against the transgender community; I would just love to see a fraction of that commitment extended to the still most vulnerable, marginalized, discriminated against and downtrodden—the seriously mentally ill.

The point of this essay is not to just complain; rather, to bring attention to the general public about circumstances which most don’t know about. While the mental healthcare industry may have plenty of self-serving systems in place and a lack of incentive to make changes, the average person can help turn the tide by voting whenever possible to help those who cannot help themselves with mandates for comprehensive mental healthcare that truly meets the needs of the seriously mentally ill.  Follow me on my Advocacy social media accounts so that you can know when and how to sign virtual petitions to address some of these issues. Legislators sometimes act when they feel the pressure from those they govern.