Can People With Schizophrenia Lead Normal Lives? by Kartar Diamond 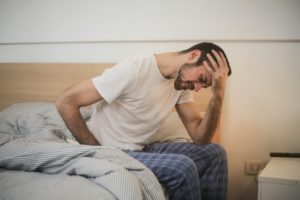 The functional recovery, aptitudes or limitations of people with schizophrenia is complicated. Different parts of the brain are affected under the same diagnosis and some people can maintain superior intellectual and creative capabilities, even when other areas of functionality are lacking.  There are many variables which come into play and I learned a lot from reading Dr. E. Fuller Torrey’s book, Surviving Schizophrenia.  The operative words in this article are “functional recovery” because there is no cure for the disease, but it can be managed and there are some distinct markers which can define a functional recovery.

In his book, Dr. Torrey highlights how the functional recovery of a person with schizophrenia can be influenced by the person’s gender, with females generally doing better than males. When the onset of the illness comes later, that also bodes well for functional recovery. In other words, a person who has their first psychotic break at age twenty-five is likely to do better long term than a person who becomes ill at age fifteen. This might have to do with the course of brain development, with the male brain not fully maturing until age twenty-five. Additionally, the older the person is before becoming ill, the longer they had to develop all other kinds of social skills and coping mechanisms, which they can rely on with the onset of an unstable period.

Additionally, a person who lives in a rural environment (less stress) will fare better than someone in an urban environment. Someone who previously had a gregarious personality and normal social skills will also do better than a person who always suffered from shyness, anxiety, or a mood disorder.

Schizophrenia is a cluster of symptoms and this also influences the prognosis and the ability to lead a normal life. Statistically speaking, those who suffer from more than one diagnosis or those who are also substance abusers will not do as well in the long run, which would be expected.

In Dr. Torrey’s book, he mentions that about 25% of those with schizophrenia can live independently, have careers and a family life. What he did not mention is what percentage of those individuals can live successfully without serious relapses, to the degree that they may have periods of time when they cannot work or live independently.   I know one father, whose daughter has schizophrenia and she can work part-time as a pharmacist.  However, she truly struggles to keep her jobs, is fired often, and goes back and forth on disability coverage.  She also goes back and forth living on her own or with her father, which has as much to do with their relationship as financial matters.

Dr. Torrey states in his book that about 50% of those with schizophrenia cannot live safely on their own or maintain employment.  These individuals may live at home with family or they may live in a Board and Care for adults with mental illness. Dr. Torrey then states that the remaining 25% are split between those who cannot function in open society and need to remain hospitalized long term, those who end up homeless, and about 6% dying by suicide.

One can infer from his findings that only about 25% of people with schizophrenia can lead normal lives. However, the statistics are a direct reflection on the quality (or lack of quality) in the type of care received. This is a reflection of the current state of our mental health care system, which is in need of much improvement and advances, to put it mildly.

And of course, there would be more people leading productive and satisfying lives if there were better medications and other treatment modalities which could alleviate the most debilitating symptoms, resulting in functional recovery. People with schizophrenia, all across the board, can do better if we do better in servicing their needs and helping them to live to their potential.