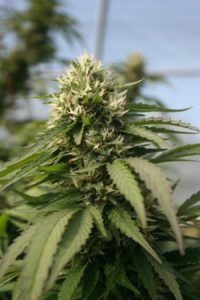 The subject of marijuana and mental illness is a very touchy, controversial topic within the mental health community.  This article will highlight just a few of the issues, but I’ll say at the outset that I see both sides of the arguments for and against. Everything has to be taken into context and factoring in the unique situations for each person, should they choose to “self-medicate” with weed.

After attending years of NAMI Family Support meetings, hands down virtually all parents in attendance would report that their seriously mentally ill son or daughter had worse symptomatology, more psychosis and paranoia with their use of cannabis.  There would only be the occasional family member reporting that it seemed to make little difference in their relative’s cognitive function or self-awareness. In fact, one mother reported that her daughter with anxiety seemed to do better on pot than on the prescribed medication, with her daughter’s own UCLA psychiatrist telling her, “Just let your daughter smoke pot; there are less side effects than the anti-depressants.”  The key here is in distinguishing between the mental illnesses.

Not to downplay the seriousness of depression, PTSD, or anxiety, but those disorders can be placed in a different category than bipolar disorder and schizophrenia. It is hardly the case where someone with schizophrenia is freed from their positive or negative symptoms, and in fact they usually do much worse, when using cannabis.  Perhaps it has something to do with which parts of the brain produce hallucinations, which are generally not part of the other mental illnesses.

There is also the perpetual question about whether or not cannabis is a gateway drug to other drugs. A large percentage of the mentally ill homeless find refuge with crystal meth and that never turns out well.  All of that said, there are some people finding relief from psychosis by using CBD oil in large quantities.  These large quantities of CBD oil are not covered by insurance however. Because of that we don’t have as many people experimenting with it as an alternative to prescribed anti-psychotics. Most anti-psychotics have significant, unpleasant side-effects.

CBD oil, with THC in it (the psycho-active part) has been used successfully to reduce or eliminate seizures in those with epilepsy. Interesting to note that some of the anti-psychotics prescribed for schizophrenia started out in their initial use as anti-seizure medications.  Could similar parts of the epileptic or schizophrenic brain be affected?

Since schizophrenia is a cluster of symptoms and disruptions to the brain, it is that much harder to pinpoint what will work and what won’t work for each individual. This is why so many people suffering from schizophrenia usually have to try a number of different medications before they find one or some which are tolerable, where the benefits outweigh the side effects.

Now that marijuana is becoming legal in more and more states in the U.S., it is clearly a shame that we had not been studying it more seriously and expansively for decades. The “war on drugs” should have been a “war on mental illness” all along. The therapeutic benefits are definitely there for some and the plant itself is so complex, that I hope in the near future we can discover a clear benefit and way to use some part of the plant for those with schizophrenia.

Interesting that people are now micro-dosing with hallucinogens and finding tremendous relief from serious depression through controlled use of psilocybin (from magic mushrooms) and other psychoactive substances.   Mind-altering substances are also now used, sometimes just once,  to provide long lasting relief from depression related to their terminal illnesses.  It may seem counter-intuitive, but perhaps in a holistic, homeopathic way we can turn a poison into a medicine. Perhaps mind-altering drugs, used in innovative ways, can set the mind right for those suffering from organic brain illnesses.