The Twinkie Defense and Mental Health by Kartar Diamond 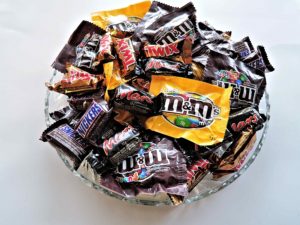 In 1978, a former San Francisco elected official named Dan White killed then-Mayor George Mascone and former fellow Supervisor Harvey Milk.  The whole story was quite sensational and if you are not familiar with it, you can get the Cliff Notes on a Dan White Wikipedia page.

Part of the defense, which resulted in murder charges being reduced to manslaughter, was the evidence that Dan White was severely depressed.  Most depressed people don’t go on a killing spree, and any violent actions usually tend to be directed toward themselves. And yet, the defense also put forth a narrative that White could not be held responsible for his actions due to “diminished capacity,” or in other words, he was not in his right mind when he committed the heinous acts.

One could ponder whether ANYONE is ever in their right mind when they kill another person, but we do have legal definitions and examples distinguishing between pre-meditated murder, first, second and third degrees, manslaughter or not guilty by reason of insanity.

Part of the “diminished capacity” claim was that Dan White had gone from being a health nut to a junk food sugar addict in the months leading up to the murders.  It became popularly known as the “Twinkie Defense,” even though that was not a major part of the defense arguments.

How much does one’s diet contribute to their mental or psychological state?  We all know someone, and maybe we are guilty ourselves, of being rather irritable when we’re experiencing hypoglycemia.  One dear friend of mine can barely think straight when she is overly hungry and if it goes on too long, I get dirty looks and we can’t get to the restaurant fast enough.  When people who do not suffer from mental illness have unhealthy diets, they usually admit to feeling lethargic, unable to focus and even depressed.  The coffee industry is built on the understanding that people’s energy levels and moods are greatly influenced by their diets and the need to counter it with caffeine.  Some people can barely open their eyes and refuse to speak to anyone until they have had their first cup of coffee in the morning.

When someone is already pre-disposed to having a mental illness and/or a mood disorder, a healthy diet becomes even more critical, to help balance out a real disadvantage that the ill or mood disordered person was born with.  Eating healthy and eliminating sugar from one’s diet will not cure a person of schizophrenia, but it can certainly make a difference in their mood and energy level.  That can also translate to whether they make good or bad decisions with long lasting consequences. People who take anti-psychotics usually feel moderately to significantly sedated. Like anyone else, they reach for the sugar and caffeine to help them feel awake and alive.

One of the most frustrating circumstances that family members have dealt with, is in trying to enlighten mental healthcare providers that diet and nutrition do matter.  In most instances, when a person with serious mental illness is in a psychiatric hospital, their diet may be monitored for macro-nutrients, but the staff usually refuse to allow families to provide extra nutritional or herbal supplements. They allow the ill residents to use all their spending allowance on sugary sodas and candy from their vending machines. They serve food which probably costs less than what you spend on your dog’s meals. However, there is a whole field called Ortho-molecular psychiatry, which has shown evidence that people with serious mental illness can greatly improve their cognitive function on a highly specialized and individualized diet with selective super-nutrients.

We also know that some children experience great relief from A.D.H.D. when they eliminate foods with preservatives, food coloring, sugar, gluten (or the glyphosates contained in virtually all processed foods).

When parents express concern about the unhealthy processed food being served in these medical environments, they are usually met with blank stares or refusal to even allow the parents to provide these extra nutrients at their own expense. The staff’s refusal to accommodate these requests sometimes boil down to them simply not wanting to add any extra time to their work load dispensing the supplements.  Just as one example, it’s not unusual for a person stuck in a locked psychiatric facility to become Vitamin D deficient through lack of access to outdoor sunshine and the nutritionally depleted meals they are served.

Vitamin D deficiency can cause a variety of physical health problems, but also increase depression.  Go figure.  One of the side-effects in taking anti-psychotics is that many people can also have compromised immune systems. We learned in 2020 that the vast majority of people who died of COVID-19 were also Vitamin D deficient.  At what point will our medical-industrial complex ever admit that good nutrition can be as effective as Big Pharma in managing and improving people’s physical and mental health?

Kartar Diamond is author of Noah’s Schizophrenia: A Mother’s Search for Truth