Speaking of Britney Spears and Mental Health by Kartar Diamond 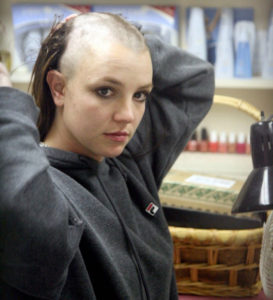 The long-standing conservatorship over Britney Spears has been in the News lately and her ardent fans assume it is an injustice against her civil liberties. The general public does not know all the details of her conservatorship or even her mental health diagnosis.  What is most obvious, is that Britney Spears is not a typical conservatee within the mental healthcare system.  Whatever happens with her case should not be construed as a blueprint for others who need to be conserved or those disputing it.

It is gratifying to know that many people are concerned about her welfare in particular and the rights of those who are conserved in general.  We never want to see a case where someone is conserved without cause.  Sometimes the best conservator is a family member, while there are also plenty of instances where that is unfortunately not the case.

There are different types of LPS Conservatorships, which need to be renewed regularly.  A conservatorship is a legal guardianship over an adult, where important decisions are made on their behalf.  This is set up to protect a person from making unhealthy choices in regards to their living arrangement, their medication management and who they can associate with. If there is a known “bad influence” preying on the conservatee, that person can be ordered to stay away.

Conservatorships over a person’s estate are meant to protect the conservatee from being taken advantage of by others and to make sure the conservatee does not spend their financial assets in ways that would be objectively irresponsible. In fact, there are “spendthrift” tendencies among many wealthy celebrities, even those who do not have a recognized serious mental illness.  The public is often surprised to find that a very famous person has gone bankrupt.

For the majority of mentally ill people who need to be conserved, they have no financial assets to speak of, but they need help in managing what they do have so that it can last as long as possible. This is also why people with a loved one who has serious mental illness should consider creating a Special Needs Trust for them and name a responsible Trustee to handle their financial affairs.

Many disabled people with serious mental illness live on their SSI disability benefits, which are meager, but easily spent on anything besides essential food and shelter when there is not a responsible Representative Payee to manage the monthly stipend.

In the case of Britney Spears, she had much to lose financially and with regards to custody of her children when she had her very public mental breakdown, likely a psychotic episode from bipolar disorder. Many people with bipolar disorder are highly functioning and can be very successful in many aspects of their lives and they do not need to be conserved.  And yet, there are instances where it is really in their best interests. In fact, a period of conservatorship could be the most pro-active way  to help a person recover and regain their independence.

It would be a disservice to the vast majority of people with SMI, who need to be under conservatorship for any length of time, if their case is compared to the very unique circumstances surrounding any world-famous entertainer.  In the case of actress Amanda Bynes, she appeared to be even more of a danger to herself and others by the time her family gained conservatorship. Conservatorships are actually very difficult to initiate and obtain. As well, Bynes only had a fraction of the financial wealth of Spears and she was burning through it very quickly. While it may appear to the general public that mental health conservatorships deny people their civil rights, in most cases conservatorships are necessary and can literally save the person’s life.