What is NIMBYISM? by Kartar Diamond 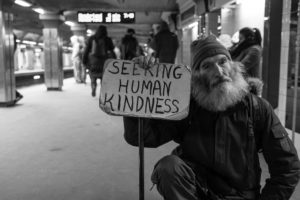 Simply put, the acronym N.I.M.B.Y. stands for “Not In My Back Yard.”  It refers to an attitude or stance taken by many people in that they will protest or campaign to keep anything or anyone deemed objectionable out of their neighborhood or community.

The objectionable situation or person can cover a wide variety of demographics, but sometimes the objections people have are understandable and not just a case of prejudice or elitism.  In the case of mental illness and homelessness, which are often joined at the hip, many people consider it a threat to the beauty and calm of their residential (or commercial) area to allow for homeless encampments or even a well-managed, inconspicuous homeless shelter or transitional living space.  People may be worried about trash, rodents, noise, drug use, or having to engage with mentally unstable neighbors.

More than anything else, people can be worried about an increase in property crime and physical violence. These concerns and fears are sometimes warranted. As the mother of a mentally ill son, I see both sides of the issue.  That said: we are never going to be able to help uplift that segment of society until we treat them with respect and provide them with healthier and safer living options.

More times than not people with mental illnesses live in Board and Cares in downtrodden neighborhoods, often without any greenery or outside spaces to enjoy like parks or walking trails.  Usually, the Board and Care operators cannot afford to run their residential care business in an affluent neighborhood. Their dilapidated facilities end up by train tracks, by industrial buildings, on main boulevards near liquor stores and other areas which are frankly very depressing.

Not long ago, residents in the Korea Town area of Downtown Los Angeles came out in force to protest against the building of a new homeless shelter in their neighborhood.  This is one example of NIMBYISM. In another example, residents in many towns spoke out against sheltering homeless people in nearby hotels during the COVID-19 lock down.  They did not want a large group of people who are not known for great personal hygiene to be in their area, to spread the virus, not to mention the fear of more crime.

Some people also fear that the mentally ill are more likely to be sexually deviant or inappropriate and they don’t want to see them living near their schools or around children.   The truth is that most seriously mentally ill people do not cause such problems and keep to themselves.  But all it takes is for a small minority of this population to ruin their reputation for others.  If I lived near an area where the homeless were allowed to camp out in the hills and brush, I would be genuinely concerned about one of them accidentally starting a fire, which has happened and has caused astronomical amounts of damage.

Those who are more familiar with the mentally ill population understand that you also cannot expect to place these folks in a homeless shelter, transitional living homes, or even permanent low-income housing, without also providing comprehensive mental health services and treatment. Attempts have been made by the “Housing First” groups to just get people off the streets, but without medication management and social services. It is a recipe for failure and that is what concerns some people who cry “not in my backyard.”

What the general population may not know is that some homeless shelters and transitional living homes do provide case management for the temporary residents, helping them apply for disability benefits and find more permanent housing. But even this may not satisfy a person who simply doesn’t want a high turnover of residents on their block.  This is also why people don’t appreciate an Air BNB business in their neighborhood.  When residents are short term, they do not create any bonds of trust or other good neighborly attitudes about keeping their common areas clean and respectable.

We all tend to fear the unknown and people who seem initially quite different from us.  If you have a Board and Care in your neighborhood, you should be welcome to go on the property, meet the owner and check them out. You might see the familiar faces of those who live there and even establish a friendly connection with them. One of the saddest facts about the seriously mentally ill is that they never had or lost their social skills, connections and friendships.  Giving someone a smile, looking them in the eyes and not acting like they are invisible might make their day.