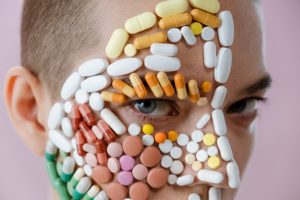 Sober Living Houses fulfill a need and help people with drug or alcohol problems become sober. The people who move into a Sober Living house voluntarily are likely to be more successful than those who are court-ordered to live there, but each person has their own unique history with addiction and their own time table and their own resolve to change.

Sober Living houses are often located in residential neighborhoods, indistinguishable from surrounding private homes. In order to maintain good standing in the neighborhoods, discreet and courteous behavior is expected from residents by the Sober Living operators. This should be easy to satisfy, especially with sobriety in mind. No wild, noisy parties in the backyard would be allowed.

But what goes on in a Sober Living house? Each person is expected to maintain the cleanliness of their own personal space, whether they share a bedroom or not. Residents participate in cleaning chores for the common areas and are usually responsible for their own meals. Some Sober Living houses provide on-site 12-Step meetings, whereas others require that residents attend 12-step meetings within the community. 12-Step Programs can include Alcoholics Anonymous and other off-shoots for other addictions.

Many Sober Living residents will carry on with their usual commitments, be it going to school or work, but they must disassociate from any people or environments which could cause them to relapse. Living in a supportive environment can serve as a powerful reminder to stay clean and help break bad habits and destructive routines.  People may live at a Sober Living House for a matter of weeks or months in most cases.

In the case of my own son, he was initially advised to live in a Sober Living house, mostly because his therapist wanted him to be in an environment with higher-functioning people, compared to a Board and Care for Mentally Ill adults. Knowing his propensity to sink to the lowest common denominator, the therapy team didn’t want to resign him to a Board and Care if he could live harmoniously with others in a Sober Living House.  My son also had a history of dabbling in a wide variety of drugs, without being addicted to any one substance except cigarettes. Years later, he would be identified as having Poly-Substance Abuse Disorder on top of Schizophrenia. This is a terrible combination. I can say with confidence that those I know with schizophrenia who are not substance abusers do much better in all areas of life than those who complicate and delay their functionality with illicit drugs or alcohol.

It becomes more obvious over time, what the triggers are for a mentally ill person in terms of relapse. Some people have a set-back or psychotic break even when they are medication compliant and not taking illicit drugs or alcohol.  Yet other individuals only experience crisis when they break their sobriety.

While a Sober Living House may in fact be appropriate for a person with mental illness, we also have to distinguish whether or not it is serious mental illness (SMI) and whether or not the person has any insight into the illness. My own son made it obvious that he didn’t know why he was living in a Sober Living House and had no interest in reflecting on his current problems or disruptive influences. The biggest problem with Sober Living houses is that they are meant to be temporary, where mental illness is a brain disorder which needs to be managed for life.

Some of the things to consider if you have been told that Sober Living is appropriate for your mentally ill loved one include:

Outside of the Sober Living House option, family members of a loved one with Dual Diagnosis need to be careful in how they describe their loved one’s symptoms to health care providers.  Even though the mental health care community recognizes dual diagnosis, family members need to be careful not to over-emphasize the addiction component when searching for housing options. If they do, a mentally ill person might be shuttled into Drug and Rehab programs which do not address their mental illness enough or at all.

Kartar Diamond is a Mental Illness Advocate and author of