Gravely Ill Versus Danger to Self and Others by Kartar Diamond 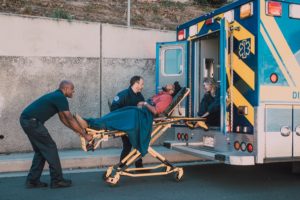 There are a couple of terms or phrases which get the attention of law enforcement, as well as mental healthcare providers.  One phrase is “gravely ill.” Anyone can assume correctly that this implies someone is very sick.  In a medical context, it means that a person is very close to death.

In a mental health context, “gravely ill” implies that a person is so disabled by their mental disorder that they could easily be vulnerable to a variety of circumstances which could result in death, when left unchecked.  For example, a person who is so psychotic that they cannot feed or clothe themselves, this is a definition of gravely ill.  If a person is so out of touch with reality that their physical safety is easily threatened, this is also considered gravely ill.  As an example, if a person is lost in their own world, delusions and hallucinations, that person could walk into traffic and get killed.   When a person is deemed gravely ill, the mental healthcare system will attempt to find accommodations for the person, where they can be housed and supervised. In some cases, and with available resources, that person might end up temporarily in a locked psychiatric facility, for their own safety and hopeful recovery. Sadly, mental health providers have to admit that many gravely ill people are allowed to remain homeless because of a lack of resources and a lack of innovative ways to successfully encourage the gravely ill to accept treatment.

A person who is gravely ill is not necessarily a danger to society, except indirectly or unintentionally.  For instance, if a gravely ill person sets fire to something they believe will harm them, they could unintentionally destroy property or injure others, without realizing what they are doing.

“Danger to Self and Others” is another phrase which helps the mental healthcare system justify holding someone involuntarily in a hospital setting until they can successfully bring a person back to a safe level of stability. When someone is a danger to themselves, they may be suicidal or just so out of touch with reality that they can harm themselves unintentionally.  This is where gravely ill and “danger to self” can overlap.

“Danger to others” should be obvious, where a person’s psychosis allows them to harm others, intentionally or not.   A person might even be a danger to others, without being gravely ill.  What would that category look like? An example might be someone who can feed and clothe themselves, they may even have a job and be able to do all kinds of things. Yet they are a danger to others because of their paranoia or delusions, and they may pre-meditate their violence or it could just occur unplanned when a person snaps. Another example of someone who may be a danger to others, but not gravely ill is the mentally ill celebrity stalker, who may have a home and job, but still obsess about a famous person and act out their delusion in dangerous ways. One common lament of family members of the mentally ill, is why their delusions are almost always negative and paranoid, as opposed to just grandiose in a positive way.

These phrases are not exclusive to mental illnesses like schizophrenia or bipolar disorder. People who suffer from Borderline Personality Disorder are often “cutters.”  They usually cut themselves without a suicide plan, but their actions could also go terribly wrong and become life threatening.  Someone suffering from age-related dementia or Alzheimer’s Disease may also exhibit the behaviors of “gravely ill” or “danger to self and others.”  There are differences however, in how these cases are handled.  Someone with advanced dementia might have relatives with conservatorship or power of attorney over their loved one and therefore not allow the person to get to the point where they are a danger to self or others.  With much younger mentally ill people, it is not as easy to take control over their lives and best interests. Sometimes really scary things have to happen before the person’s illness is on full display and medical or law enforcement authorities can make decisions to protect the person from their own actions. Believe it or not, some mental health court judges don’t think a person is gravely disabled if they can find food out of a dumpster and obtain clothing from a shelter.